“… and I smile staring into your eyes and they are like kaleidoscopes spinning in snow.” 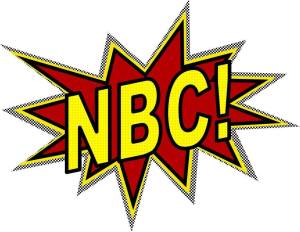 Oh man full disclosure this weeks Drawing Lines is being written like 30 minutes before I need to post it due to me being up all night with sick kids. You guys don’t know just how close you came to not getting a DL this morning. I’ve gotten maybe 2 hours sleep total and I think I’m starting to hallucinate and stuff…. is this a keyboard in front of me? What are these words I’m typing saying? Am I suppose to cuss or something? Perhaps since I’m in an altered state I’ll try out writing this post without using one single swear word! I know, sounds like a impossible feat doesn’t it? And to be honest I don’t even think i can do it, I mean me not using the F word is like a fish not using the ocean – it just IS. it is part of nature and the order of things. But gosh darn it dudes I’m gonna try, I’m really gonna try. Read on fearless readers and cheer me on on this rough Sunday morning – I’m gonna need it to get through these Bullet Points without using colorful language!

Time for user spotlight. today its all about streethawkjm who continually posts up radical comments that never fail to impress with their insight and length (dude can write!) so thanks streethawkjm, you show us all how comments should be done!
Check out Streethawkjm’s on the state of Comics on Television

Still some hate going on for Agents of SHIELD, I see. Yeah, there’s room for improvement but I thought this week’s episode was pretty strong. Needed some character development and the latest episode was a nice step in the right direction.

This new announcement is rather good. Enjoyed Bendis’s Alias book, big fan of the old Power Man and Iron Fist series, and yes, Waid’s Daredevil is most definitely the way to go.

I like the idea of a limited run of 13 episodes. That way you can have a beginning. middle and end. There seems to be a lot of hate out there for the Birds of Prey TV show, but I quite liked that. And one of the good things about it was that they built toward a conclusion with their 13th episode. So even though they got cancelled it didn’t just fizzle out or leave you hanging as so many shows do these days.

I guess these new shows will follow a similar tone to Arrow, which is just fine. That show goes from strength to strength. Good story arcs, good characterisation, and also a sense of fun about itself.

Obviously Daredevil is the big name in this batch so here’s hoping it’s third time lucky. Yes, the Ben Affleck movie wasn’t that great (although the director’s cut version is a big improvement) and as much as I love Rex Smith as Street Hawk (obviously) that Hulk TV movie did Daredevil even less favours.

My favourite of the bunch is Iron Fist. So I’m hoping for Danny in his green and yellow PJ’s. Don’t mess it up with a TV re-design that looks nothing like the original (again, see Daredevil in Hulk TV movie).

Obviously the TV budget won’t be anything like the movies but you can still do a lot by building up your characters nicely. I’m loving The Tomorrow People right now, and for super powers on an even smaller budget there’s Misfits. Awesome show with some great characters and lots of dark humour. Building to it’s grand finale now though. Gonna miss that.

Best super powers show ever… Misfits of Science. God I fucking LOVE that show. Again, not an over abundance of powers but just the greatest bunch of characters and some fun, off beat situations.

Just not sure about the whole “Defenders” thing. I assume they’re saying that after the seperate series that Daredevil, Power Man, Iron Fist and Jessica Jones will team up as The Defenders. Nah, c’mon Marvel we all know who The Defenders are and it’s not those four. It’s gotta be Heroes for Hire. Yeah, yeah, Daredevil’s not technically a hero for hire but you can hire Matt Murdock as a lawyer.

Holy Moley that dude can write a comment! Nice work Streethawkjm!
Hey wanna know what the Highest Rated Comics were here at NBC? Yeah, so would I. Maybe I’ll just write some comic titles that I think were really good on some pieces of paper and then fold them up and place them in a hat. Here we go, I’ll shake the hat and mix them all up and pick one out. Ahh lets see, the first comic I pick out of the hat is…
Amazing X-Men #1
second comic I pick out of the hat is…
Swamp Thing #25
third comic I pick is…
Superman Unchained #4 – what the F? how did that get in the hat? someone sabotaged it!
shakes the hat again, okay lets try this again, third comic I pick is…
Trilllum #4
ah that’s better, the fourth book is…
Fatale #18
and last is..
East of West #7
not a bad bunch of comics there.
So I was planning on giving you the Division 2 First Round Matches in Nothing But Concussions but I’ve decided to just finish up the Division 1 Matches cause it’s shorter and I’m about to pass out.
During the months of November and December I’ll be hosting here in Drawing Lines an event in the vain of Battle Royal, The Hunger Games, and Avengers Arena. I call it…

There will be four divisions for the contestants:

Today you you be voting for your favorite Division 1 Heroes. Read their Stats carefully, then cast your vote for which hero you think would win in a fight. Choose wisely and then see if your picks will make it to the Final Ultimate fight at the end. Alright let’s get to it! 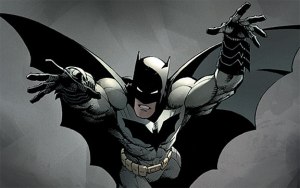 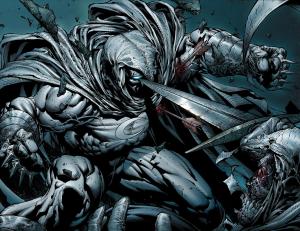 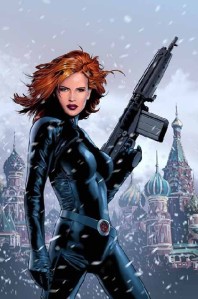 GREEN ARROW vs THE PUNISHER 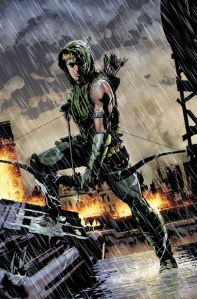 Yes! I fucking did it! Oh shit! Goddamn it to fuck son of a bitch! I was THIS CLOSE!