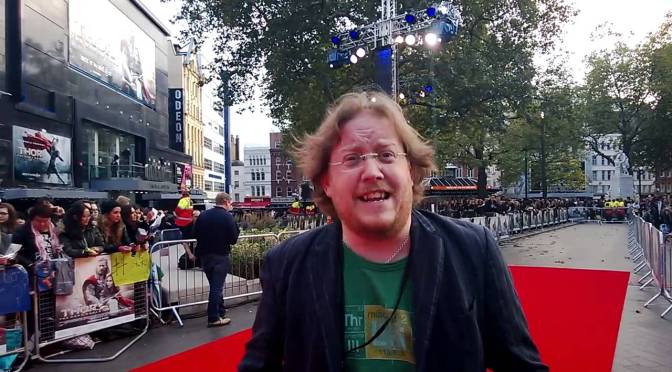 I wonder if Rich Johnston ever gets sad he chose comics journalism, so is unlikely to ever get the chance to hack a murdered child's phone?

Well it was bound to happen and here look what went down, comics has another scandal. Emma Houxbous reported on questionable ethical implications between Bleeding Cool & Dark Horse Comics in the wake of Hanna Mean Shannon’s hiring from the media outlet to the publisher at Rainbowhub and Bleeding Cools king shithead Rich Johnston decided the best possible response was to publish Emma’s private e-mail conversation because Rich is a dumb shithead.

Over at Comicsbeat, Hedi MacDonald lays out her own experiences about disclosure and comics journalism

If you don’t think karma is somehow real or that the universe isn’t working cosmically somehow to balance the scales, consider that as all this was transpiring, Grantland, perhaps the most influential website in the coverage of popular culture, was shut down by ESPN on Friday.

Longreads archives some of their favorite Grantland pieces

On his podcast, Grantland site founder Bill Simmons talks with co-founder and the New Yorker’s Malcolm Gladwell about the disintegration of the site from his perspective  in addition to publicly funded sports arena’s, Tom Brady, Obama’s life post presidency & more

Let’s see what else was shitty this week?

Roc Upchruch’s wife took to her personal blog to remind the world that not only is the artist and Rat Queens co-creator and abusive asshole but that CBR, Bleeding Cool & Image Comics continue to enable him

Perhaps the one person in the known universe that might be a bigger shithead the Rich Johnston, Chris Brown rips off a popular manga comic for the cover of his new single

J.A Micheline checked back on Strange Fruit for issue #2 at Women Write About Comics and it’s still terrible