Some spoilers, maybe, probably. What constitutes a spoiler? 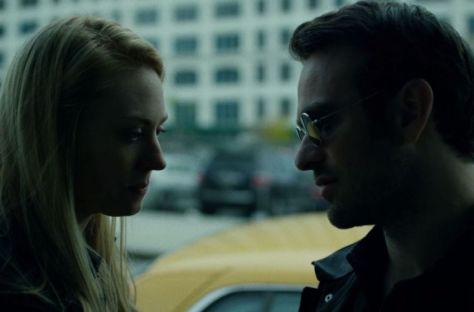 While X-Men Origins Wolverine & Watchmen were both successful on their opening weekends in 2009, audiences who watched the films seemed to quickly reject the two superhero movies of 2009 pretty quickly after their initial release. While I believe that both are objectively bad movies, I don’t think they are anymore objectively bad then many of the comic films that proceeded them like Fantastic Four or it’s sequel, X-Men 3, any of the Raimi Spiderman trilogy or Superman Returns. The difference this time around was the year proceeding Origins Wolverine & Watchmen had the release of The Dark Knight & Iron Man; two films that completely upended the superhero genre. Watchmen & Wolverine were years in the making and probably had little room to adjust to the new reality if it’s creators  and producers were even aware of the shift in the first place. Wolverine Origins & Watchmen are remembered as bad movies but they only felt especially bad in comparison to what had immediately proceeded them. Today, 3/25/2016, as Batman vs Superman is currently setting box office records the evening prior while being ripped by film critics; I wonder if in a few years from now we will look back at Batman vs Superman and it’s upcoming competing films from rival studios like Disney/Marvel’s Civil War or 20th Century Fox’s X-Men Apocalypse with a similar disdain as it’s starting to feel like the superhero genre has taken another major step in the last year or so that these films couldn’t have caught up with at this point. A shift that we saw in the singular visions of Netflix Jessica Jones, Fox’s Deadpool and now the second season of Daredevil, where bombast and attempts at mass audience appeal have been replaced by nuance and a singularity of vision. Jessica Jones with it’s feminist sex positive politics, Deadpool with tongue firmly in cheek and now Daredevil Season 2, an excellent grind house crime thriller with an incredible dedication to craft and vision.

By the time we get to episode’s ten and eleven of Daredevil’s second season, the story and plot has become so intricately tied together and the pace so frantic that I’ll spare you the wide angle summary which would be useless at this point anyway. Suffice to say; things get crazier, messier and more complicated for all parties involved and it’s an enthralling experience. There are moments in these episodes that blew me away; Kingpin and Matt’s jailhouse conversation chief among them with the assault on the DA’s office not far behind. Daredevil season two has taken a quantum leap over the already great first season in a number of ways. The acting from all parties involved has improved, in some cases greatly, while the writing and dialogue is much tighter and more focused this time around. This has allowed for a story that continues to further twist and turn in the best way’s possible. As someone whose read more Daredevil comics then almost anyone else I know and knows the general beat’s that this season is hitting, I’ve been consistently surprised by the story choices and how they’ve managed to refurbish so much of the comics mythology into something new and exciting. The tension is non stop and riveting as these later episodes continue to raise the stakes. Thematically, the writing explores this idea of justice administered through violence in it’s contrast between Daredevil, Elektra, Punisher, Stick, Kingpin, the District Attorney even Foggy Nelson and Karen Paige. There is some deep idea’s wrapped up in all the organized chaos being parsed out but it’s to the show’s credit that it’s never shoved front and center for the viewer; instead it lingers throughout as the wall’s appear to be closing on in the show’s ensemble. 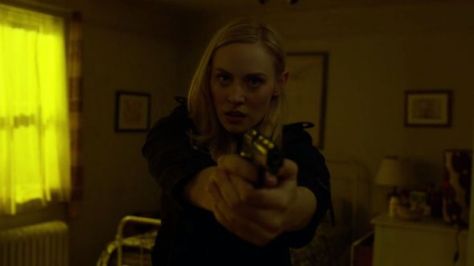 New cast additions Elodie Yung as Elektra & Jon Berthnal as The Punisher have been spot on in translating the comics character’s to live action with absorbing performances. Yung is a revelation, the season hit’s another level as soon as she shows up and that continues here; she is a star in the making. Meanwhile; last season’s best cast members like Vincent D’Onofrio, Rosario Dawson or Deborah Ann Woll continue to shine brightly while Charlie Cox has leveled up in his Daredevil portrayal acting with far more conviction and confidence with his subtle expression. The show benefit’s greatly from it’s casts collectively lived in performances that gives it just the right amount of realism among the fantastic.

Perhaps the most notable strength of these two episodes comes in it’s craft, attention to detail and artistic flourishes. The plotting and dialogue writing  is near perfect in execution, so much so that missteps like the Punisher dating advice monologue almost work even though it totally shouldn’t. The direction and cinematography of Peter Hoar & Martin Ahlgren is extraordinary. From the low angle shot of Hand ninja’s scaling Metro General, the surprise shooting and low pan downward of it’s aftermath in the DA’s office, the overhead shot of Matt approaching Foggy on the ambulance gurney with the fall foliage, the close up’s of Stick sharpening his blade; there is true alchemy at play in this season’s filming and it becomes most apparent in these episodes. Add the brilliant fight choreography on top of that, with a singular style for each individual character, and you have some of the most exciting and well crafted episodic action television in quite some time with one of the best straight forward superhero adaptations in years.

It’s way too early to tell right now, but if Daredevil is part of a real paradigm shift, if this is what we could be getting from our live action superhero portrayals, with this level of artistry and vision; forget about Batman vs Superman, Civil War or X-Men Apocalypse with their half measured stories to act as franchise builders. This could be the age of Jessica Jones, Deadpool and Daredevil; three live action superhero interpretations that are all very different from one another with the exception of their quality and creativity. If I can take anything away from episodes ten & eleven of Daredevil’s season two, it’s that excellence and auteur vision could be the new normal for the genre; a status quo worth embracing.