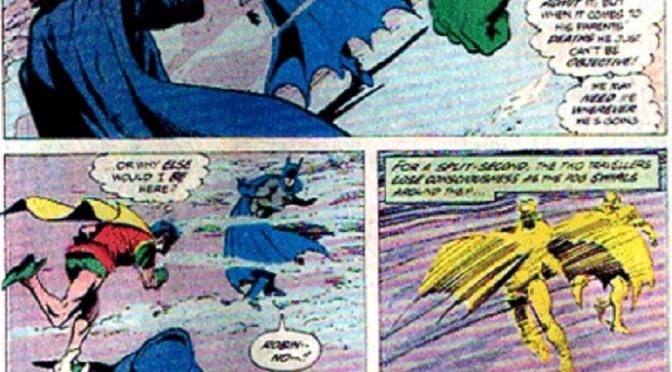 “Everyone whose life has ever been touched by random, tragic chance has come away from it changed . . .” –Alan Brennert

In 1989, as part of their celebrations for the 50th Anniversary of Batman, DC printed a series of testimonials about the enduring importance of The Dark Knight. These ran in the back pages of Detective Comics #598-600 as postscripts to Sam Hamm and Denys Cowan’s Blind Justice serial. Most of the remembrances covered the familiar territory of how Batman stood apart as the non-powered hero who was most relatable to the average reader. A couple stood outside the pattern, though. Stan Lee, as if he were auditioning to write a Demon series, turns in a rhyming poem which somehow manages to be silly and grandiose at the same time. Adam West reflects on the then rare privilege of playing a superhero on screen. Writer Alan Brennert took a different track. His focus is not on the tragedy of Bruce Wayne, but the ideals of the Batman. For him, the hero’s sense of justice is what makes him so popular. It is not the anger which defines him; it is how he “channel[s] that anger into something constructive.” Batman is a creature of justice, not madness.

Alan Brennert has had a long career writing for different mediums. His most prominent work has been as a producer/writer in television, where he won an Emmy for L.A. Law. He has authored several prose novels as well. His contributions to comic books are sparser, yet, significant. His handful of issues include two of the all-time great Batman tales: “The Autobiography of Bruce Wayne” and “To Kill a Legend.” “Autobiography” (The Brave and the Bold #197, 1983) remains the best treatment of the long, tangled relationship between Batman and Catwoman. “To Kill a Legend” appeared in 1981 as the lead tale of Detective Comics #500. In it, Brennert delves deep into the origins of The Dark Knight, emerging with a fresh, fascinating take on the iconic character.

The story opens with Bruce Wayne having a nightmare about the murder of his parents. Startled awake, he finds the incident odd. It has been years since he has experienced any such disturbances, not since he caught the murderer Joe Chill. (As in “Autobiography”, Brennert displays a fondness for past continuity). Bruce decides to calm his nerves by donning the cowl and taking a swing around Gotham City, musing “I wonder how normal people cope.” At first glimpse, Brennert’s Batman is light on his feet, dedicated, yet, hardly brooding. That swiftly changes with an appearance from mystical oracle The Phantom Stranger.

The Phantom Stranger appears before Batman and Robin, speaking of alternate universes where events did not play out in the same way. He mentions one world where events have shifted forward twenty-five years, meaning that if Batman traveled to this reality’s present he would have the opportunity to prevent his parents’ death. The Phantom Stranger knows that the wound of this incident has never fully healed for Batman and that perhaps this chance offers the means to come to peace with it. Instantly, though, Dick is suspicious, unable to trust Batman when his parents’ murder is involved. Thus, Robin chases after Batman and the Dynamic Duo disappear into a fog, soon emerging in a familiar though remarkably different Earth.

The most striking aspect of this reality is the lack of any type of costumed heroes. Dick does a little digging in the public library and discovers through an astronomy atlas that Krypton never existed, which means no Superman. Even more distressing is what else is missing from the library: any form of heroic literature. No adventures of Robin Hood or chronicles of Camelot. Presumably no swashbuckling tales of Zorro either. Instead, there is a spoiled brat named Bruce Wayne. As Batman and Robin discretely spy on Wayne Manor, Robin begins to wonder about the greater good. If Thomas and Martha are spared their deadly encounter with Joe Chill, will Bruce grow up to be an actual bored playboy? Would not this world without heroes be better off with the inspirational figure of Batman? Yet, as the clock ticks down to the fateful moment, Robin doubts his own virtue: what right does he have to let two innocents die, regardless of what good may come from it?

The title of “To Kill a Legend” is an open-ended one. Which legend exactly is in the crosshairs? The reader’s first impression is Batman. However, could it also be the broader concept of heroism? By sparing the Waynes, is Batman dooming an ideal of heroism? These are hefty issues and Brennert is to be praised for his deft employment of them. The ideas run naturally through the story, engaging the reader without coming across as heavy-handed. The reader can see both sides of the argument, leaving them unsure how they wish the events to be resolved.

This tonal balance in the script carries over to the art by Dick Giordano. Giordano himself is an important name in DC history as both an editor and an artist. Giordano often worked as an inker, but for “To Kill a Legend” he provides the pencils as well. He has a smooth style, which is reminiscent of the iconic 70s work of Neal Adams and Jim Aparo. His Batman is a lithe, athletic fighter, quick on his feet. Giordano is also good at the character moments, particularly at conveying the complicated emotions within The Boy Wonder. For the story’s final panel, Giordano presents a riff on classic iconography which highlights Brennert’s moral.

Similar to “Autobiography”, the ending of “To Kill a Legends” includes a bit of a twist. (Readers will not be surprised to learn that Brennert would later write for both the Twilight Zone and Outer Limits revivals). Without spoiling the details of the plot, it can be said that Brennert leaves fans with a fresh lens through which to view the classic hero. Indeed, in one page he says more about Bruce’s character than many writers do in entire runs. The standard take on Batman has long been to see him as a figure defined by tragedy. Brennert disagrees. Batman can be a product “of awe and mystery and gratitude” as much as rage. “To Kill a Legend” is a narrative treatment of the same argument Brennert would later make in his anniversary testimonial: Batman is a creature of justice. Whether it be injustices committed against him or others is irreverent. The essential component is the drive to make the world a better place.

For Brennert this commitment to the social good is what ultimately makes Batman the most relatable of heroes. In his testimonial, he draws a direct connection between Batman and social activists, such as Candace Lightner the bereaved mother who founded Mothers Against Drunk Driving. Like Bruce Wayne, Lightner’s life was transformed by tragedy and like Batman she channeled her grief into positive actions. Twenty-seven years later, the newspapers are just as full of headlines of injustice as they were in 1989. Yet, Batman still stands, offering an alternative to vengeful rage and bitter hatred. He reminds readers of the good which can be done in the world, as long as they do not let themselves be consumed by the dark. 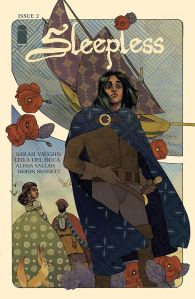