As 2017 begins to unfold, Nothing But Comics draws its coverage of 2016 to an end with my list of Best Single Issues. All entries are listed alphabetically by title.

END_OF_DOCUMENT_TOKEN_TO_BE_REPLACED

Honestly this selection should not surprise anyone. Ever since I first discovered Beasts of Burden, I have been a huge fan. The series tells the story of a band of dogs and cats who protect their town Burden Hill from nefarious supernatural entities. Over the course of a mini-series and several one-shots, writer Evan Dorkin has taken this fantastical concept and refined it into a compellingly humane narrative. What could have been fun one-off story (it all begin with the idea of writing a haunted dog house tale for an anthology) is instead something much deeper. Not that Beasts lacks levity, quite the opposite in fact. What makes it stand above every other comic this week is how well it blends the light-hearted with the poignant, all stunningly conveyed by Jill Thompson’s painted artwork.

END_OF_DOCUMENT_TOKEN_TO_BE_REPLACED

Beast Of Burden (One Shot)

“Evan Dorkin & Jill Thompson’s stellar series about dogs and cats protecting their town from paranormal threats is back with a one-shot tale. Do you like horror, adorable animals and/or beautiful art? Then What the Cat Dragged In definitely needs to be on your pull list . . . “

END_OF_DOCUMENT_TOKEN_TO_BE_REPLACED 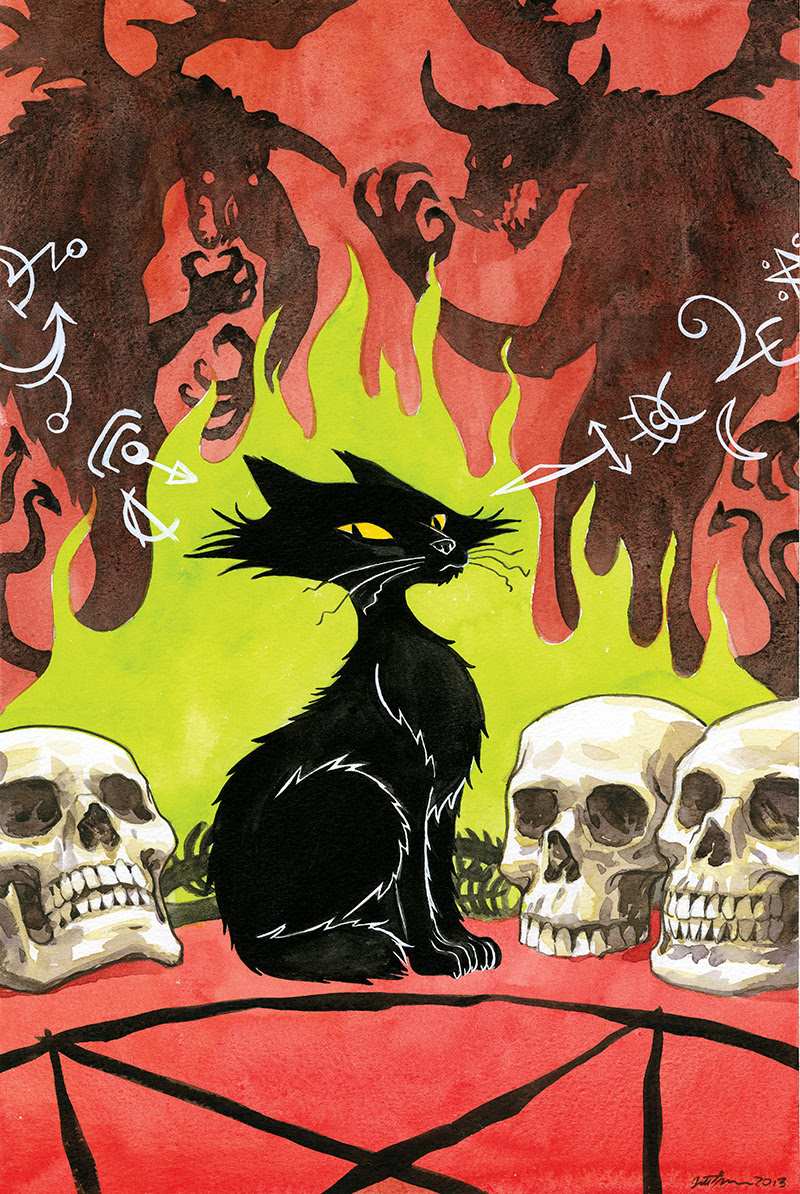 END_OF_DOCUMENT_TOKEN_TO_BE_REPLACED

This was (mostly) a roll of the dice this week. I had never heard of this title before seeing it on a list of upcoming Dark Horse releases. Normally, I may not even have regustered it except my eye caught on the name of Jill Thompson. As one of my favorite Sandman artists, I have long been a fan of her work. The solicitation sounded promising, it was a light week for me, and so I decided to take a chance on the one-shot. I’m glad that I did, as the issue turned out to be a gem.

The story opens with a pack of dogs gathered in a graveyard. They are discussing different threats which are competing for their attention. Honestly, I shall admit that this scene did make for a little bumpy of a beginning for this new reader. The dogs discuss recent events in a manner which probably has more resonance for a returning fan. Also, several characters were tossed at me simultaneously, making the various canines hard to sort out. Still, the story was intriguing, and after three pages Dorkin switches to the main thread of the issue.

There is a mysterious beast on the prowl, devouring animals. Our guardian dogs and cats have in place a plan to flush out the creature and neutralize it. The story immediately picks up in this section for a couple reasons. First of all, the conflict is readily apparent without any need to be familiar with previous tales. Also, we begin meeting animals in smaller groupings, thus allowing their personalities to be better defined. Charming, funny, good-natured, these animals truly come alive as characters. This is especially true after their mission, when they travel through their home town reporting their adventure to fellow cats and dogs.

Complimenting Dorkin’s story is some fabulous art from Thompson. As I said, I have long been a fan of hers, and this issue did not disappoint. Her illustrations are as whimsical, humorous, or somber as the narrative requires. In addition, she captures the dynamic nature of a fierce chase through the woods, as Rex, Orphan and Ace take turns baiting the creature. Wisely, Dorkin and Thompson do not show the creature immediately, choosing instead to heightened the tension through suggestion. When threat finally does show its face, however, the payoff is worth it.

On the final page, Dorkin provides an epilogue which hints at an even greater threat brewing for our heroes. So, it would seem that we have more Beasts of Burden coming in the (near?) future, which is a good thing. As soon as I finished this issue, I wanted to read more of these animals’ adventures. For now, I can go back and read the first series; hopefully, by the time I am done with that, we shall know when we can plan our return trip to Burden.