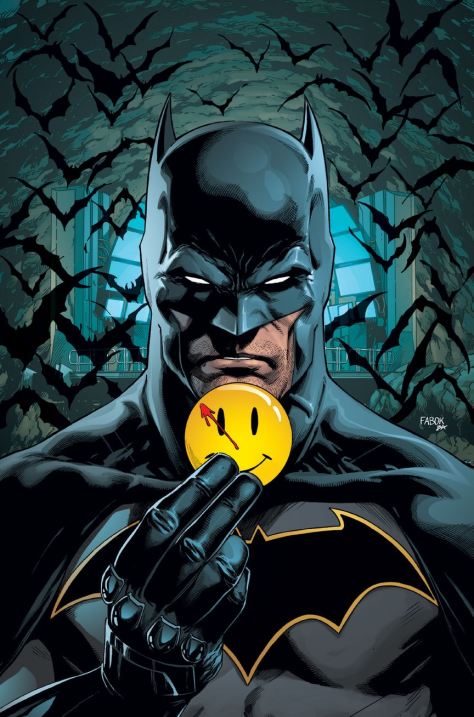 In April, DC Comics will be crossing over it’s ongoing Batman and Flash series together while exploring the connections to Alan Moore & Dave Gibbons Watchmen that were alluded to in DC Rebirth. Flash & Batman writers Joshua Williamson & Tom King will be writing on the series with art from Howard Porter & Jason Fabok. More details at CBR 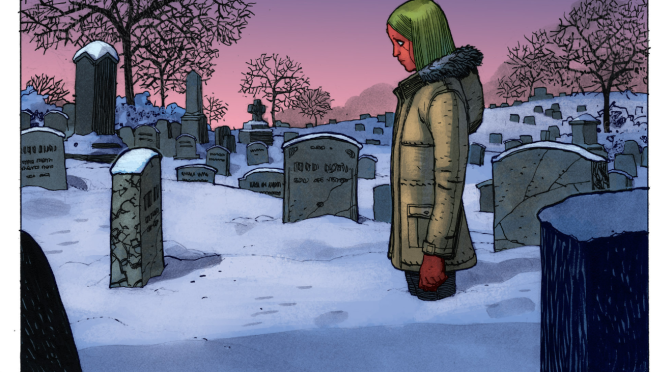 END_OF_DOCUMENT_TOKEN_TO_BE_REPLACED

It’s Flash Appreciation Day, and nine sites — including Nothing But Comics — are celebrating DC Comics superhero the Flash and encouraging fans to help comics creators in need by supporting the Hero Initiative.

Below are some articles about the Scarlet Speedster and the Hero Initiative from the Nothing But Comics team and our Flash Appreciation Day partner sites; please check out these sites throughout the day to see how they celebrate the Flash and support the Hero Initiative!

END_OF_DOCUMENT_TOKEN_TO_BE_REPLACED 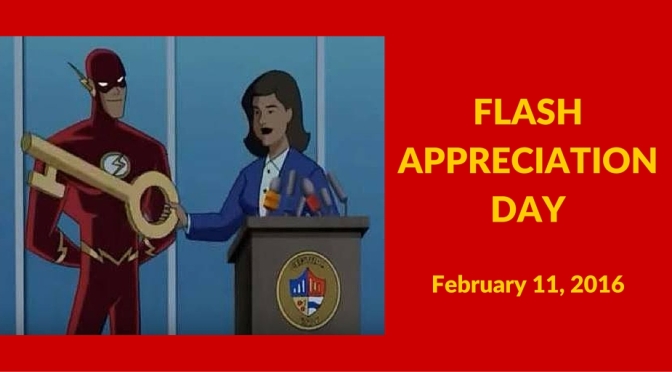 Today marks the ten-year anniversary of the premiere of the Justice League Unlimited episode “Flash and Substance” (February 11, 2006). In that episode, the people of Central City honor the Flash for his heroism, and declare the day of celebration “Flash Appreciation Day.” The episode inspired fans to celebrate the DC Comics superhero on February 11th each year.

It’s great that the Flash has a special day each year for fans to express their appreciation, but what’s the best way to honor a fictional superhero? Since we can’t give Flash the key to Central City, Nothing But Comics, in partnership with eight sites, is recommending that you show your appreciation for the Flash by being a hero for comics creators in need — this Flash Appreciation Day, we’re asking Flash fans to support the Hero Initiative.

END_OF_DOCUMENT_TOKEN_TO_BE_REPLACED

Tomorrow marks the ten-year anniversary of the debut of the Justice League Unlimited episode “Flash and Substance” (February 11, 2006). In that episode, the people of Central City honor the Flash for his heroism and declare the day of celebration “Flash Appreciation Day.” The episode inspired fans to celebrate the DC Comics superhero on February 11th each year.

This year, Nothing But Comics has partnered with other sites for a special effort on Flash Appreciation Day.

We’ll have more details tomorrow, but in the meantime, please enjoy these articles about the Flash from the Nothing But Comics team and some of our partner sites.

END_OF_DOCUMENT_TOKEN_TO_BE_REPLACED 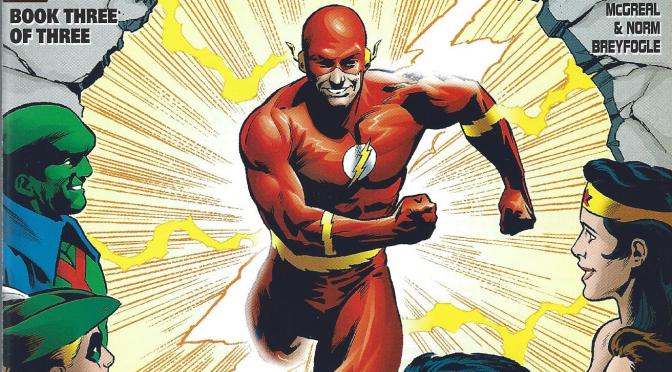 “In Elseworlds, heroes are taken from their usual settings and put into strange times and places — some that have existed or might have existed, and others that can’t or shouldn’t exist. The result is stories that make characters that are as familiar as yesterday seem as fresh as tomorrow.” — Elseworlds tagline

DC Comics’ Elseworlds imprint allowed creators to present stories about the publisher’s superheroes that were set outside the characters’ established narrative continuity (for example, Batman fighting crime in Victorian Era Gotham, or in a puritanical America run by a corrupt theocratic regime). The imprint published mostly standalone graphic novels, but in 1999, the creative team of writer Pat McGreal, artist Norm Breyfogle, and colorist Noelle Giddings presented an alternate vision of superhero the Flash in an Elseworlds miniseries, the three-issue Flashpoint.

In honor of this week’s upcoming Flash Appreciation Day (February 11th), Nothing But Comics takes a look at Flashpoint and its portrayal of the Flash.

END_OF_DOCUMENT_TOKEN_TO_BE_REPLACED

Thought that there were a fair amount of comic book based TV series last year? Well, this year there were even more. So, let’s dive right in and revisit what excelled and what was meh in home viewing in 2015  . . . 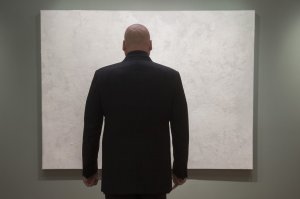 Cosmo: So, I was thinking that we should start with Marvel’s pair of Netflix series as they were the most high-profile comic book TV projects of the year. As I stated in my reviews, I feel that Daredevil & Jessica Jones both really raised the bar on what a superhero series could be. They were among the best TV of any kind  I saw in 2015.

Josh:I have to agree, and not just because Game of Thrones was so-so and Fargo Season 2 has been a slow-burner.

Marvel’s Netflix is shaping up to be the dramatic counterpoint/compliment to their films.
END_OF_DOCUMENT_TOKEN_TO_BE_REPLACED

In honor of the upcoming film starring a character taking up a previous hero’s mantle,  here are our ten picks for heroes who have done just that!

“A Silver-Age reinvention of the Golden Age character, Barry Allen shares many traits with his predecessor. Not the least of which, he inspired HIS own future replacement, Wally West. So in a way, Barry works two ways as a Legacy hero in honoring the past and making way for the future generations of the Flash!”

END_OF_DOCUMENT_TOKEN_TO_BE_REPLACED

Throughout the month, NBC! has been discussing various aspects of the Flash’s long history. Along the way, we have spent time with Barry Allen, Wally West and Bart Allen. Twice we have examined the colorful criminals who make up the Flash’s Rogues. However, so far we have not paid much notice to Jay Garrick, the original Fastest Man Alive, whose 75th Anniversary is the reason for this year’s Flash celebration.

Jay Garrick debuted in Flash Comics #1, dated January 1940, in a story by Gardner Fox and Harry Lampert. The story opens with college man Jay Garrick attempting to ask out Joan Williams to be his date for the Victory Dance. Joan turns him down rather brusquely on account of his being a scrub on the football team. Joan insists that her rejection has nothing to do with his being a scrub per se, but the fact that he is not living up to his potential to be more than a scrub. If he could simply aspire to being captain of the team, then he would become so, and Jay would be able to take her to the dance instead of current Captain Bull Tryon. Problem is, things do not go quite as smoothly when Jay “Leadfoot” Garrick is out on the scrimmage field.

END_OF_DOCUMENT_TOKEN_TO_BE_REPLACED 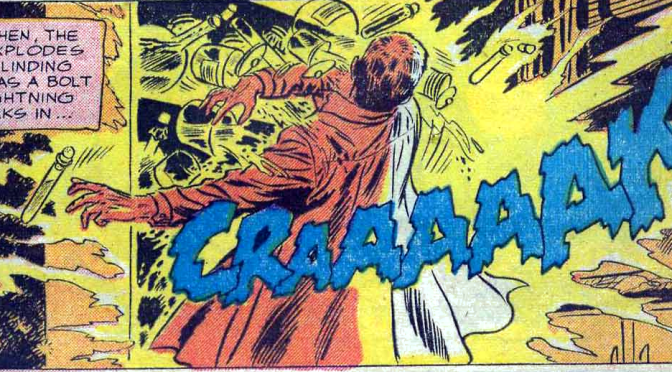 The first half of the 1950s were not an easy time for superheroes. During the period we now call The Golden Age of Comics, superheroes had been remarkably popular. Superman’s 1938 debut in Action Comics #1 had been a sensation, sparking a boom in four-color crime fighting, which arguably has never been equaled. Just as the relative newness of cinema was fascinating audiences in numbers never to be seen again, comic books were a phenomenon. Then, similar to the movies, tastes changed.

By the end of the 40s, superheroes were on the outs with readers who preferred the rising genres of science fiction and Westerns. Golden Age characters such as the Flash and Green Lantern saw their books canceled, while the Justice Society was evicted from All Star Comics so that it could be rebranded All Star Western. In fact, most of DC’s superhero line ceased to be, except for those titles related to their Trinity of Superman, Batman and Wonder Woman. Even there the series survived by adapting their stories to more favored styles. In 1954, Marvel tried reviving Captain America, though that fizzled out fairly quickly. By 1956, it appeared that costumed crime fighting was a fad that had had its day.