Last month, Valiant announced a slate of new titles for the second half 2016, one of which was Harbinger Renegades. The Renegades have deep ties to both iterations of the Valiant Universe; it was hardly surprising that they were included among the initial titles the revived Valiant debuted. Since their previous series Harbinger ended, Harbinger writer Joshua Dysart has been focused on Imperium and Toyo Harada, leaving the Renegades free for other creators. For her part, Faith has found success in her recent solo series written by Jody Houser. This fall, though, the Renegades will be back as a team, staring in a book written by Rafer Roberts. Roberts is an emerging creator with experience at Valiant, where he has been doing a fantastic job scripting the current Archer & Armstrong title. However, the Renegades under Dysart had a very different tone than Archer & Armstrong, less wacky, more socially engaged. During the recent Awesome Con in Washington DC, I stopped by Roberts’ booth in Artists Alley and spoke briefly with him about how he was approaching the series.

END_OF_DOCUMENT_TOKEN_TO_BE_REPLACED

It is no secret that I am a fan of Joshua Dysart’s Harbinger in general and the character of Faith Herbert (aka Zephyr) in particular. Created by Jim Shooter and David Lapham in 1992 for the original Harbinger series, she blossomed in the pages of Dysart’s revival title. She quickly became the heart of the loose collection of comrades known as The Renegades. Her plucky can-do spirit was contagious (a trait she shares with other recent breakout female characters such as Ms. Marvel and Squirrel Girl). Following the dissolution of the Renegades, she has bounced around various corners of the Valiant Universe (fighting alien invaders in Mexico and serving a brief stint with Unity). Now she is trying to settle into a new routine, living on her own in Las Angeles while still pursuing her high-flying adventures.

This is the set-up for Valiant’s new Faith limited-series. The first issue spent a fair amount of time (re)introducing the character to readers, ending the chapter on an explosive cliffhanger. As the smoke clears in the opening to #2, Faith is feeling a little dejected. She was able to save several civilians, yet the bad guys got away. She should feel positive about what has happened, but, cannot help dwelling on her failure. Faith grew up on comic books and geek culture; in fact, they are the main connection between her and her deceased parents. Even after all her experiences as Zephyr, she still wishes that life worked the way it did in classic four-color spandex days. Bystanders thank her, police detective ask her for leads. “They know how the story is supposed to go.” So, why does Zephyr feel as though she cannot play her part?

END_OF_DOCUMENT_TOKEN_TO_BE_REPLACED 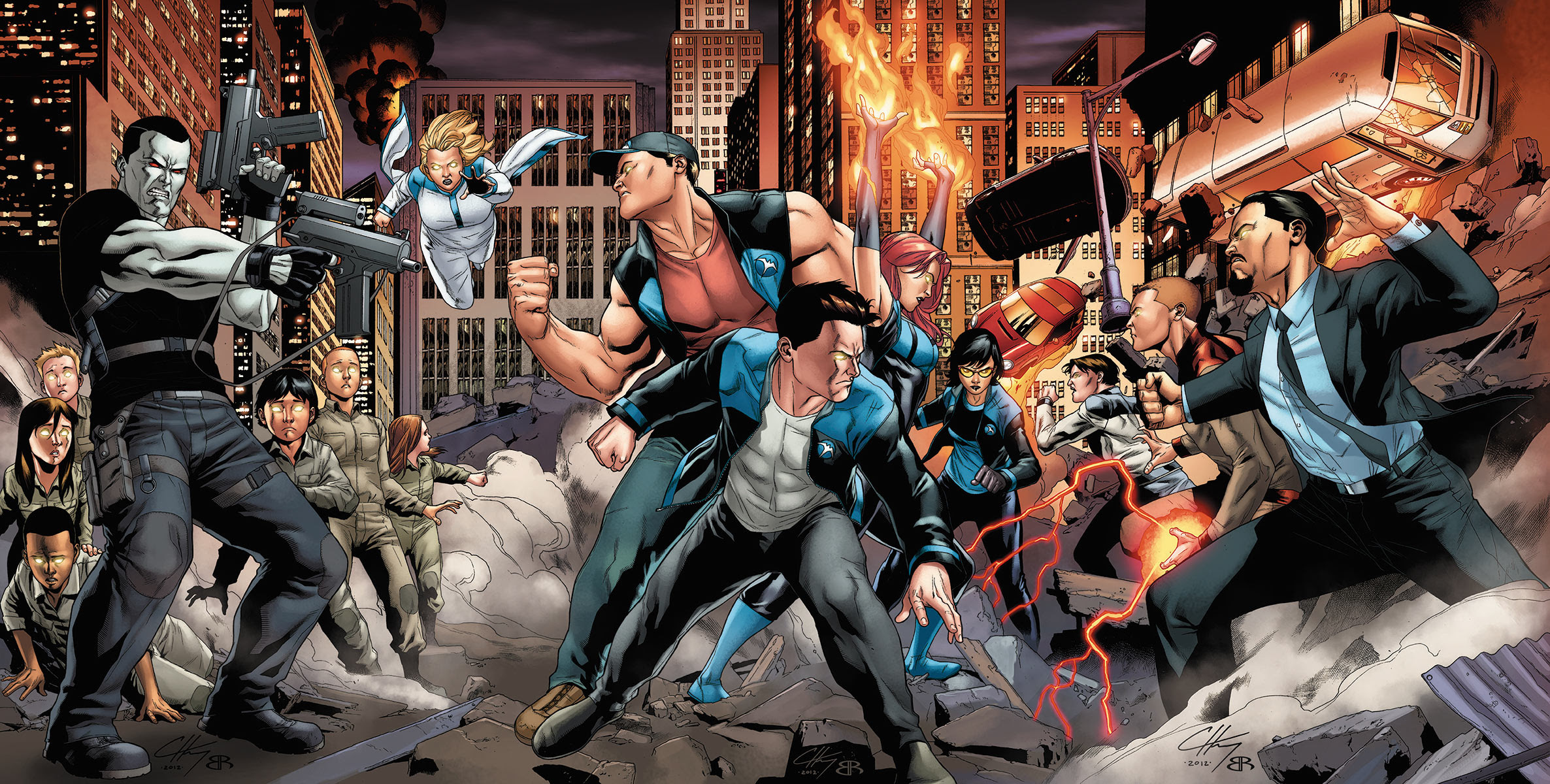 Valiant comics will be seeing it’s Harbinger & Bloodshot properties head to big screen via Sony Pictures by the directors behind John Wick, an action movie about Keanu Reeve’s murdering hundreds of criminals after they kill his puppy. Press release below

END_OF_DOCUMENT_TOKEN_TO_BE_REPLACED 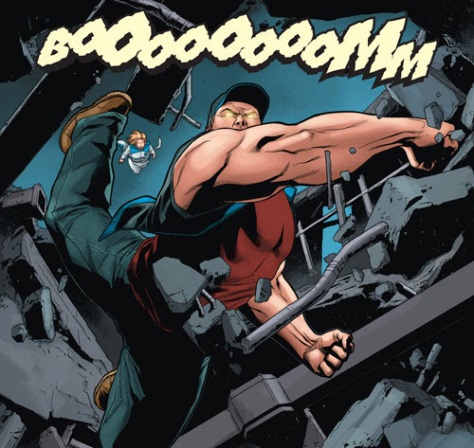 END_OF_DOCUMENT_TOKEN_TO_BE_REPLACED

“Every day each of us takes the gifts we’ve been given and we try to do the best we can to make our neighbors’ lives just a little bit better. It’s the only point to being human I’ve ever found.” A noble sentiment, right? It appeals to our better natures through its simplicity. We change the world through our little actions, perhaps nothing more than doing a favor for a roommate. It is the day to day that makes a difference. True, there are others who have more power, greater responsibility. Yet, all of their obligations may be boiled down to the same impulse: to use the opportunities available to leave the world a better place.

END_OF_DOCUMENT_TOKEN_TO_BE_REPLACED

Another week of December, another best of 2013 list. Today, I shall be reviewing some of the most memorable single issues of the year. The criteria for selection is an issue, whether part of a larger narrative or simply a self-contained tale, that impacted me the most these twelve months. These are not necessarily the best overall stories; some outstanding arcs from 2013 are unrepresented because there was no specific issue that stood out from the others. So, with that in mind, I present a list of 15. First place is a tie between two thematically overlapping choices; the remainder are listed in alphabetical order.

END_OF_DOCUMENT_TOKEN_TO_BE_REPLACED

Set between the Valiant’s Armor Hunters story and recent development in last month’s Unity, Dysart takes a breather from fast paced events to focus on smaller scale character work. Following the disbanding of The Renegades, Zephyr and Torque featured prominently in Armor Hunters, but were absent from Dysart’s Harbinger: Omegas mini-series. Fans of the characters, such as myself, may have been wondering where they were while their former adversary, Toyo Harada, more or less reset the global geo-political stage. This issue answers those questions.

In the aftermath of their public role assisting the devastated Mexico City, Faith and John are treated as major celebrities upon their arrival in Los Angeles. Though the circumstances were different, both characters came from lonely, isolated backgrounds. Neither were ever the flamboyant personality that their fallen teammate Charlene was. In fact, this inherent shyness is one of the reasons they have made such an appealing couple. However, such similarities can only get you so far, and Dysart soon reveals the cracks beneath the surface. John immediately revels in the newfound attention, while Faith appears more hesitant. He is ecstatic about the possibility of reality TV gig (this was someone who used to daydream of a televised fantasy world dubbed Torquehalla). Faith is more hesitant. She is sincerely grateful for the outpouring of support, yet worries about distractions. She wants to help people, live up to the great responsibility of her powers, like all the superheroes she grew up reading. Only real life is not like a comic book. She tries to assist with a fire, but finds that she is just in the way of “the real heroes”. Meanwhile, former Renegade Kris, languishes in prison.

Dysart uses these differing pre-occupations to chip away at Faith and John’s relationship. They want different things from life, neither of which is wrong. The bloom has come off the rose, and Faith is suddenly faced with some real adult decisions. Deciding the future of any relationship is never easy, let alone your first serious one. In the end, Faith approaches the situation in a mature, poignant manner.

Long time readers know that I am a huge fan of Faith. Ever since her introduction she has been one of the highlights of Dysart’s Harbinger. It is only fitting that he focuses on her for this epilogue to his series. After all the violent trauma The Renegades have endured in the past or how much may still lay in wait for them in the future, Dysart closes with a gentle note of kindness.

Faith, for one, would approve.