Nothing But Comics has hit our two year mark and in observance of the sites anniversary, every Tuesday one of our staff members made a list of their favorite series, runs or issues of all time. This week we’ve aggregated all the list together END_OF_DOCUMENT_TOKEN_TO_BE_REPLACED

Nothing But Comics is about to hit our two year mark and in observance of the sites anniversary, every Tuesday from now until we finish, one of our staff members will list off their favorite series, runs or issues of all time. This week it’s Katharine END_OF_DOCUMENT_TOKEN_TO_BE_REPLACED 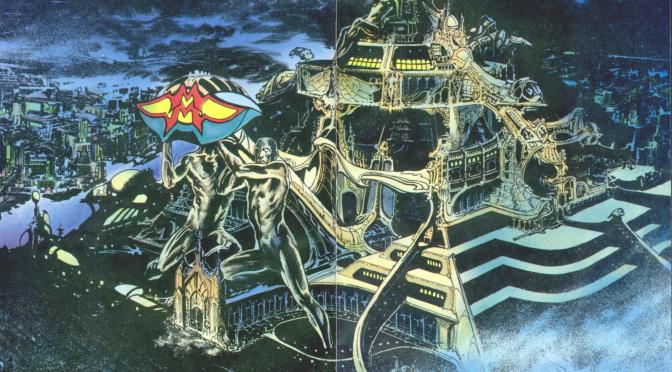 From the beginning, Alan Moore’s Miracleman was about the consequences of super-powered beings. It began on a personal scale, as everyman reporter Michael Moran struggled to comprehend how to make sense of the rediscovery of his immense abilities. It uprooted his understanding of self and relationship with his wife Liz. At the same time, Miracleman was pushed further and further into the outside world, first by his former sidekick Kid Miracleman, then by his creator Dr. Emil Gargunza. Each confrontation left Miracleman more assertive, Michael feebler. Similar to Bruce Banner and the Hulk, Miracleman and Michael share the same body but not the same mind, or more precisely the same personality. Increasingly, Michael finds himself sidelined in his own existence, as Miracleman has usurped all the initiative. All Michael can do is react until not even that ceases to hold any meaning. It is a feeling to which the whole world will soon be able to relate.
END_OF_DOCUMENT_TOKEN_TO_BE_REPLACED