Writer Mariko Tamaki of This One Summer, Tomb Raider and TMNT: Casey & April will be writing a new ongoing She Hulk series simply titled Hulk with art from Nico Leon of Ms Marvel. More details at AV Club 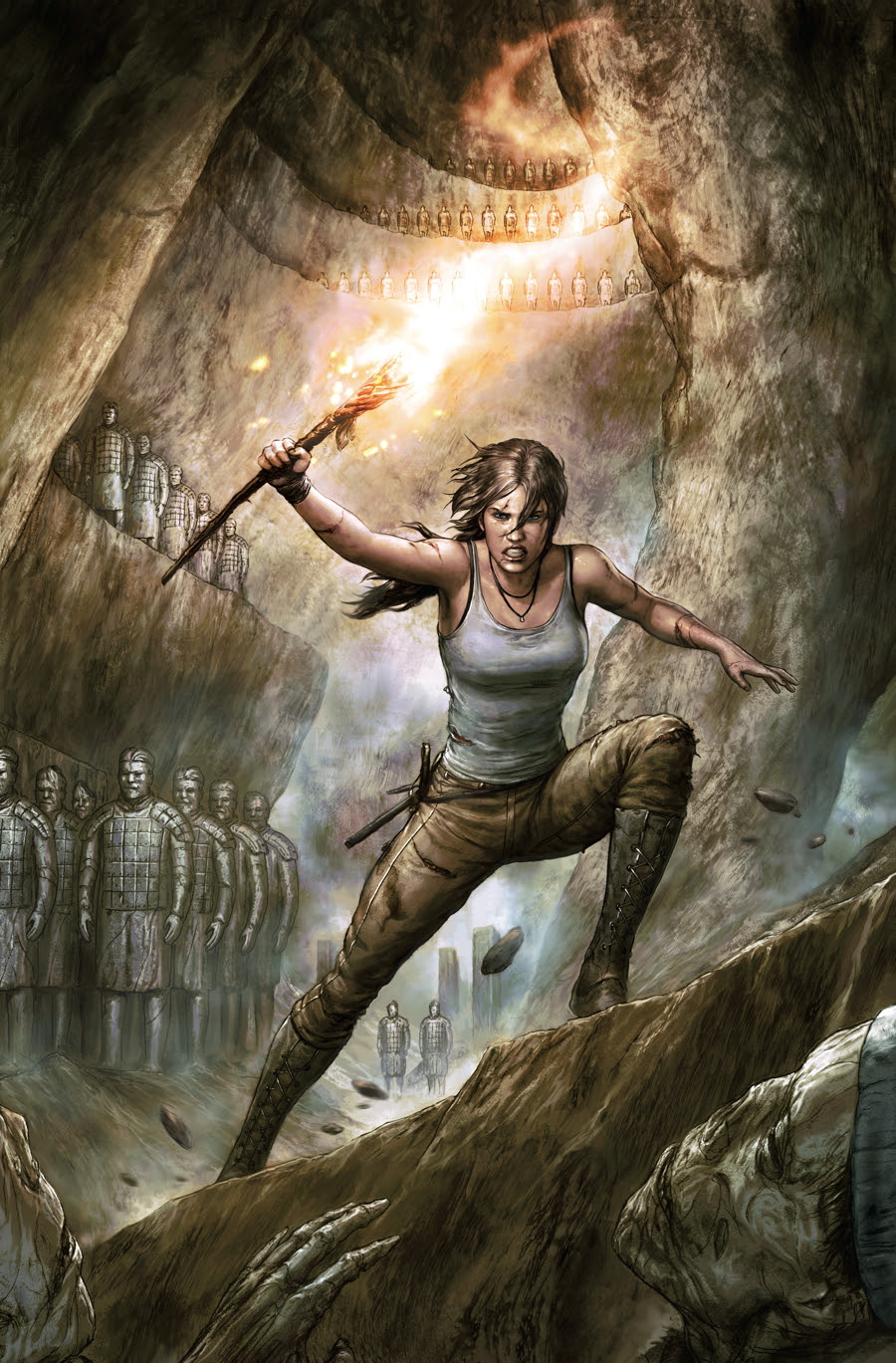 END_OF_DOCUMENT_TOKEN_TO_BE_REPLACED

Writer Mariko Tamaki of the acclaimed This One Summer will be writing a Teenage Mutant Ninja Turtles miniseries focused on a road trip with April O’Neil & Casey Jones with art by Irene Koh of Secret Origins & Witch Hunter. More details at CBR

Dark Horse attempts to bridge the gap between the last critically acclaimed Tomb Raider game and its anticipated sequel. Written by Mariko Tamaki, expectations are set high for this mini.

The plot of the issue is pretty standard, a glimpse of the present, flashback to a short time previous (one or two weeks), end on a cliffhanger. If you go in expecting something akin to This One Summer, or even TMNT: Casey and April, you’ll come away disappointed.  The issue isn’t bad, but standard fare. It lacks any of the mundane joy of This One Summer or even the intimate character moments of TMNT: Casey and April. Lara Croft is depicted as a strong, independent and competent woman who seeks adventure in her life. I’m assuming that last aspect based on past knowledge instead of anything in this mini, which is a pitfall in assuming every reader has an intimate knowledge of the character and her (rebooted) world at the expense of characterization. Granted, Tamaki cannot make Lara her own and the market lacks for strong female hero’s unencumbered by romantic relationships or male shadows, but that is all that Lara amounts to in this issue.

The art by Phillip Sevy and Micheal Atiyeh is adequate, but feels dated to me in its line-work. They make good use of grids, broken and overlapping, but nothing stands out aside from the early pages of Lara falling in a cavern and her fighting training. The colors seem to flatten the art and contribute to this feeling like the art is from a decade ago. Video Game tie-ins often lack in either story or art, but Tomb Raider 2016 seems to suffer in both.

A mystical macguffin is teased, which reminds me vaguely of Tomb Raider: Cradle of Life and its clear that Lara will learn more about it next issue before beginning her journey proper. It’s hard to find many positives to sell this issue on, other than fans of Lara Croft or simply wanting a basic female heroine to follow until something more exciting comes along.

Disclosure: Publisher Dark Horse Comics provided an advance review copy of this comic to Nothing But Comics without any payment between the site and publisher or agreement on the review’s content.

“The only way out is in”

For much of the first two issues of this series, the comic has been focused on subtlety of emotions & atmosphere. It had elements that, depending on where you were viewing this series from, either felt profound for a Teenage Mutant Ninja Turtles spin off or kind of boring and not what you expected out of the book. While I’ve firmly been in the former camp, I can understand the latter on some level. Mariko Tamaki is more then accomplished in her own right in indie comics and young adult fiction, but it’s understandable that her style would feel daunting for those that didn’t know what to expect. Me, I thought it was a strong mediation on a young relationship of two damaged people that was down to earth & intimate. But regardless of how readers may have felt about the beginning of the series, I’d find it hard to believe that any readers would disagree that Casey & April has coalesced in the excellent third issue of the series.

In the current installment, Tamaki writes a story about Casey & April enter a surrealist labyrinth separately that forces them to reconcile with their past, find each other & rejoin for their “Thelma & Louise moment”. Tamaki writes with a sensitivity & insight in exploring a key moment in each character’s past that helps to highlight how they became the young adults they are now. It’s smart, heartfelt & touching in a way that felt refreshing & poignant. Tamaki has had a delicate style to her writing for the entire series and here it really pays off in her handling of Casey & Aprils complicated past. Artist Irene Koh & colorist Brittany Peer do their best work of the series right when the book really needed it. Koh’s line work feels more organic then it had in past issues, less sharp lines and more natural. It helps in selling the emotional arc of the story better then it had at any point prior. Peer has her most naturalistic color style since the comic started as well, the palette has a nice flow to it that accentuates the mood of the issue.

Look, I grew up on the Ninja Turtles just like every American in my age group or younger but I haven’t really had any kind of meaningful interaction with them since before I was in middle school. I don’t know if this inconsistent with the ongoing series or cannon and I can’t judge it based on any of that criteria. What I can do is judge it from a craft standpoint and from where I’m sitting; Tamaki, Koh & Peer are excellent in that respect, as is evident from their wonderful third issue of Casey & April. It’s more insightful, discerning and penetrating then it has any right to be and while that may not be what your looking for, but I’d argue that, if you give this series a read with an open mind; you might find that your really needed it.

In this issue, Casey is confronted with his anger issues while April gets a sympathetic ear. Meanwhile, the Rat King watches from the shadows waiting to strike.

Narratively, this issue is kind of a mess. Neither Casey or April make much progress in their quest or in personal growth. Slice-of-life stories can be fun, but I believe an epiphany should result from it, even if its a small one. Epiphanies are way for a character to learn or grow as a result of resolving a conflict, and in a mini series like this I think the focus is much more on character than action. Without an epiphany, or resolution of a conflict this issue feels aimless, like a 5 page sequence stretched out over 23.

Casey’s anger issues are mentioned and highlighted, but he walks away from the opportunity to resolve them because he doesn’t feel like confronting it. Here was a missed opportunity I feel. You can write a story reaffirming a character’s status, but doing neither that or having the character mature feels like a pointless exercise.

The most interesting thing that happens in this issue is the teasing that the Rat King has manipulated time in some way to confuse the duo, but this might as well have been saved for the next issue.

Art-wise, it seems a step down from the previous issue. Characters look like they have snout noses while the last third of the book is confusing due to the panel positioning and wobbly gutter continuity. April appears to be walking away from the Rat-King’s trap then suddenly walks into it, expressing confusion at odd moments.

Its possible this is a communication error between the writer and artist, or some “wibbly-wobbly-Timey-wimey” stuff but right now it reads to me as incoherent.